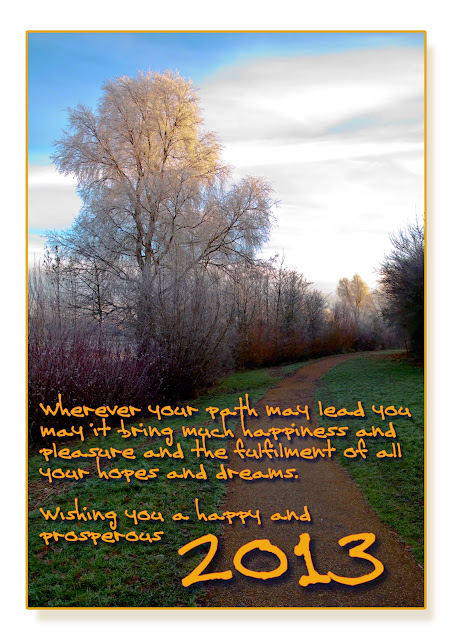 Yesterday was just a waste of time then?  I spent all day hiding in a corner with my fingers in my ears and my eyes tightly closed and...nothing happened...a whole day just bloody wasted!!

I said from the outset that you could never trust a Mayan to get things right, I think they just made their calendar so bloody complicated so that when they wanted a day off from building all those ruins they could just say "sorry gov. I didn't know what day it was"!!

The thing that concerns me most right now is...What the hell am I going to do with all these bottles of mineral water and packets of Jaffa Cakes that I've been stockpiling in my garden shed since last Easter?  I thought I should be prepared just in the hope that I might have been the only one to have escaped unscathed!! 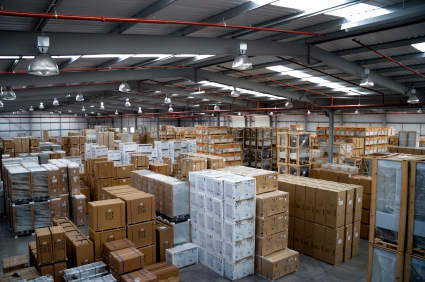 I guess that the next thing to happen now is that dithery Dave will set up a couple of public enquiries to  determine who should take the blame for nothing happening!

Email ThisBlogThis!Share to TwitterShare to FacebookShare to Pinterest
Labels: End of the World, Mayan

A COUPLE OF LAKESIDE WALKS

I originally posted this last Monday (17th.) but it appears that there is still a problem with (some of) my posts not showing up on your reading lists!! So, I've changed the template and fiddled with a few settings and re-posted to see if that cures the problem.   I hope you can 'see' me now?


Just recently I've had the pleasure of accompanying Keith on a couple of very enjoyable walks around his local lake.

The first walk was a week or so ago when the country was gripped in the middle of a mini ice age!

The weather forecasters promised a very heavy frost and a cold and sunny day,  and how right they were,  minus  6°C and a heavy hoar frost made the lake look like it had been dusted with sugar icing and after an early misty and cloudy spell the blue sky and sunshine made the whole scene look spectacular. 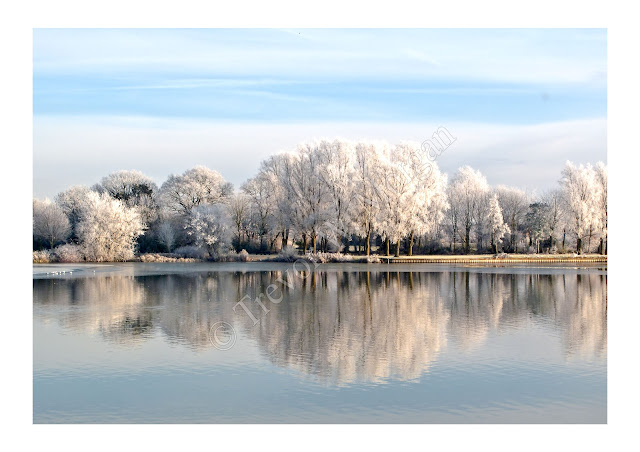 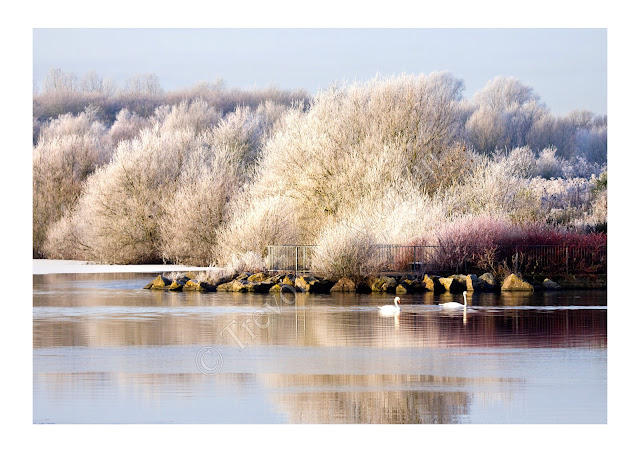 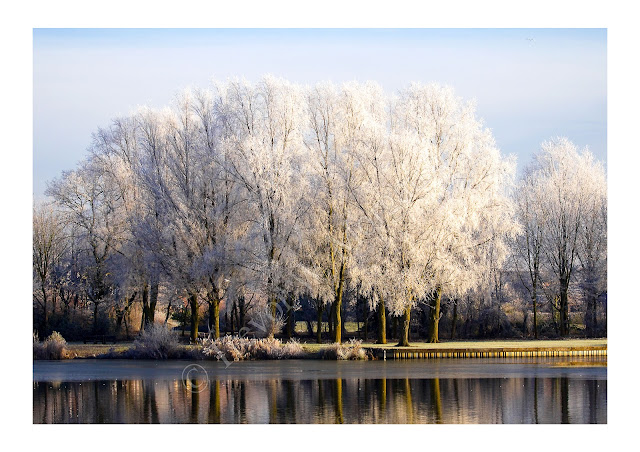 This is the arty bit!...a reflection of the trees above. 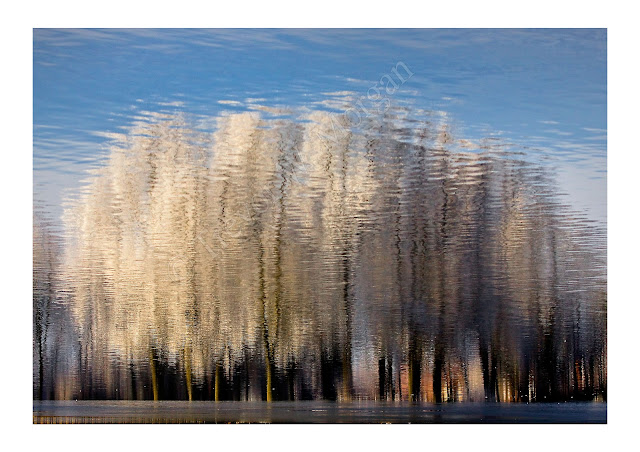 A large proportion of the lake was frozen over and we were held spellbound as this beautiful fox slowly and gingerly made his way across the ice in the direction of a large group of resting gulls. How close would he get? The answer, not very!  once he got close to their comfort zone the gulls were up and away.  His attention on the gulls now broken he soon spotted us and trotted off and disappeared into the safety of the woods and  the undergrowth... A magical few minutes! 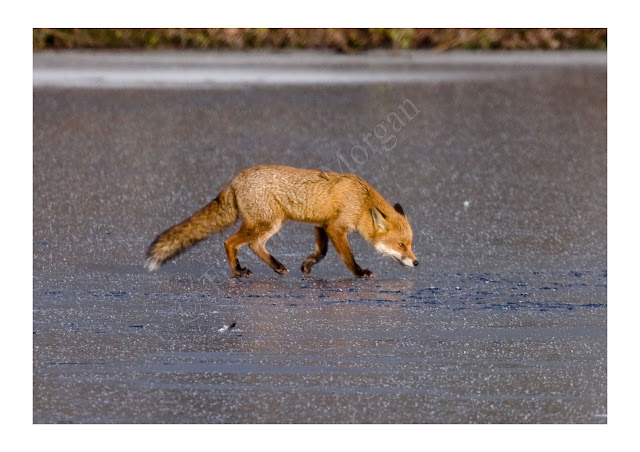 You've probably seen Keith's excellent video of the fox over on his blog, if not it's worth a look.

There were quite a few birds and waterfowl around but mostly on the unfrozen parts and rather distant so not many good photo opportunities.

This Grey Heron however did  come close enough for a quick photo. 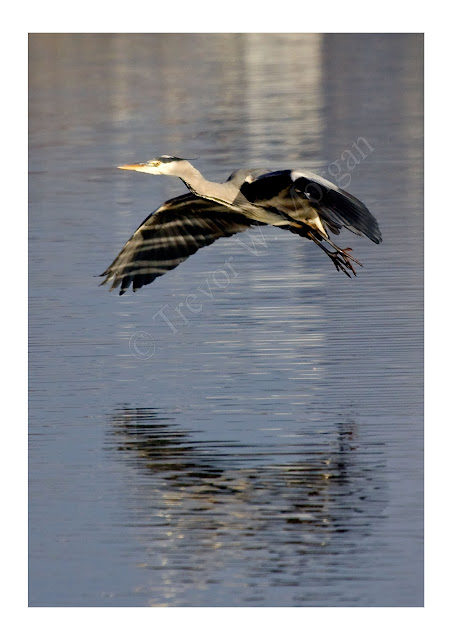 As did this Common Gull. 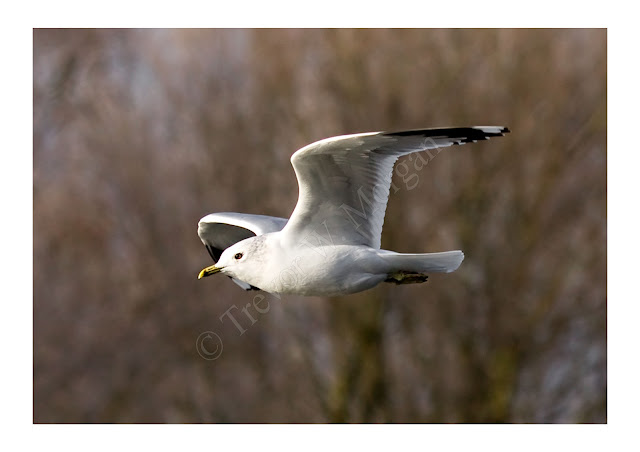 And this Black-headed Gull. 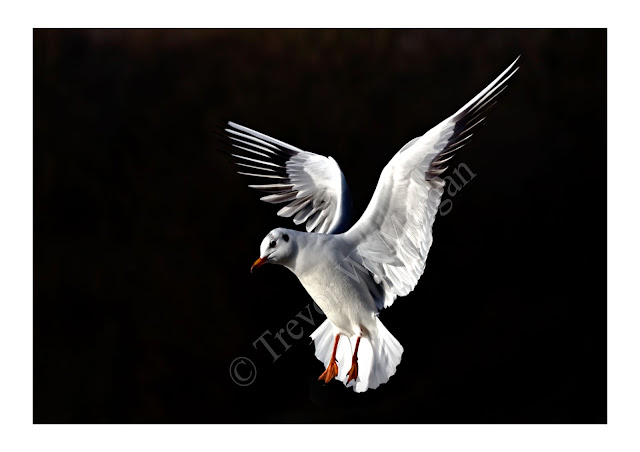 The conditions for the second walk, Sunday just passed, were completely different, some heavy overnight rain made the ground wet and soggy and the temperature was much warmer at a balmy 7 to 9°C. I met Keith in the car park at 7.30am and after he had seen to his feeding duties and with the prospect of a decent sunrise in the offing we quickly made our way to the bottom of the South lake and through the tunnel under the railway track to the 'crow field'.  After a short wait the sky started to 'colour up' and we were rewarded with a not too bad sunrise.


On coming back through the tunnel we were greeted by very dark rain clouds building over the North of the lake and it wasn't long before this beautiful rainbow appeared over the pub. 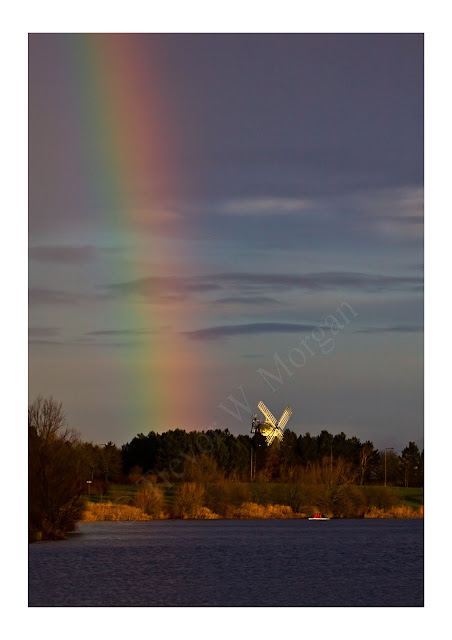 Fortunately the threatened rain only amounted to a few spots as we made our way back to the car park for  a breakfast of coffee and cheese rolls, thanks Keith.

A quick excursion into nearby Bletchley to see if we could find the recently reported Waxwings soon produced a flock of about 40 or so but with lots of traffic and pedestrians about they were very flighty and it was difficult to get any decent  pictures so after  about an hour we went back to walk around the North lake.

By this time the sun had put in and appearance and it had turned into a very pleasant day.

Again there were not many birds offering photo opportunities  probably because by now a marathon race was in full swing around the perimeter track as well as quite a few walkers out enjoying the sunshine!  And  Keith's best friends, the boat people, were out in force on the lake!!

A Robin and a Dunnock 'posed ' on the footbridge. 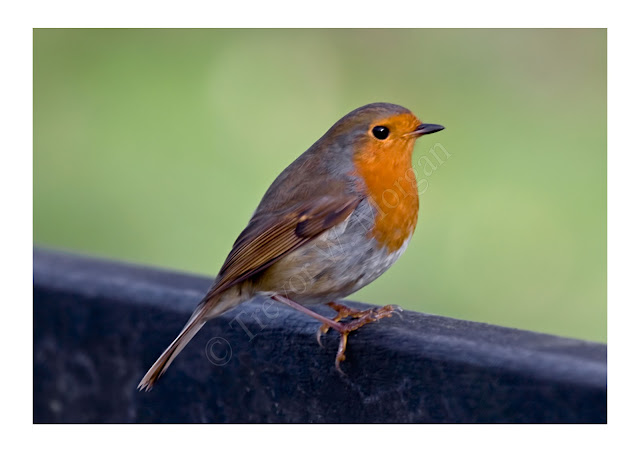 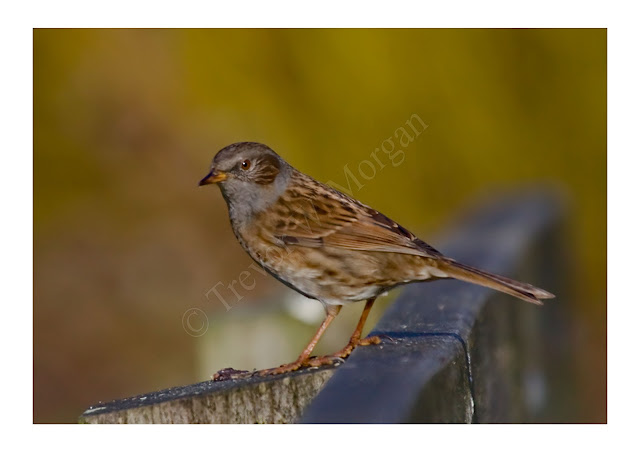 And the ever attendant Black-headed Gulls are always pleased to put on a show, especially if there's some food on offer! 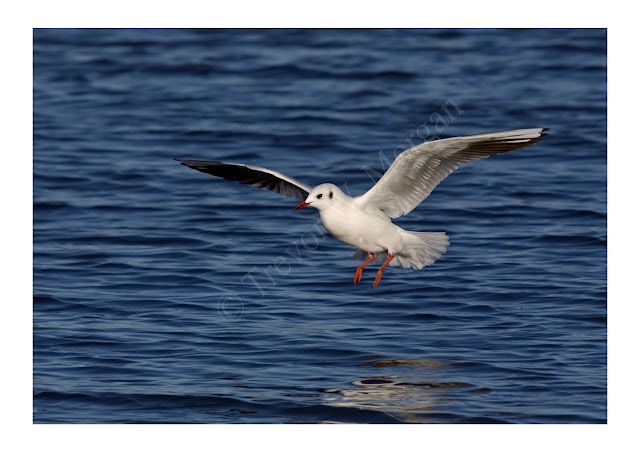 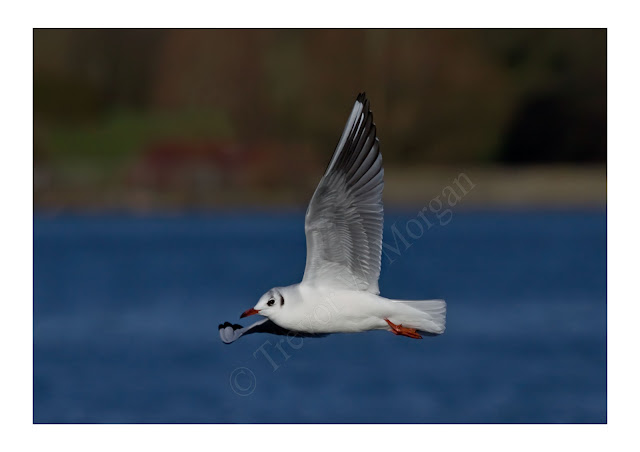 Two great walks in totally different weather conditions and it just goes to show the beauty nature has to offer, you just have to be out there to enjoy it.