'OLD STINKY' AND THE SPOTTY LADIES!


As I was doing the rounds of my estate...er...back garden in yesterday's afternoon sunshine  I noticed that the warm weather had brought out one or two bugs.... It was time to break out the macro lens!

Sitting on top of my Green wheelie bin (trash can!), attracted to the colour and trying to look inconspicuous, I guess, was a brown (!) Green Shield Bug. (Palomena prasina) 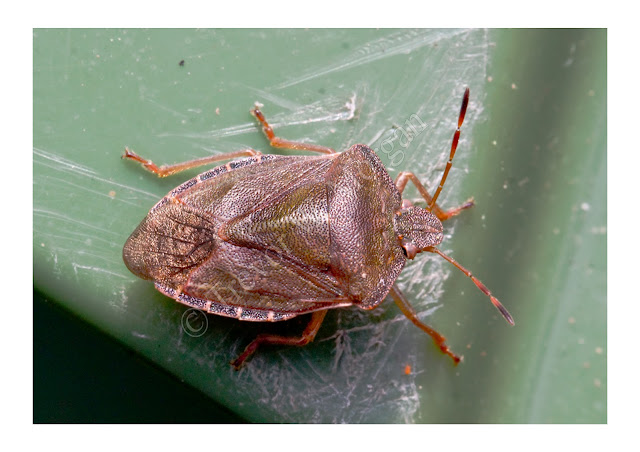 The Green Shield bug is maybe the best known, and most common, member of our garden visiting Shield Bugs, perhaps more conspicuous in its bright green colouring. It normally visits our gardens in the spring and autumn.
They turn brown just before going into hibernation over the winter months and on emerging again in the early spring it takes them about a week to regain their bright green colour. It grows to about 12 to 14mm (around 1/2") in length and both sexes are identical to the naked eye. 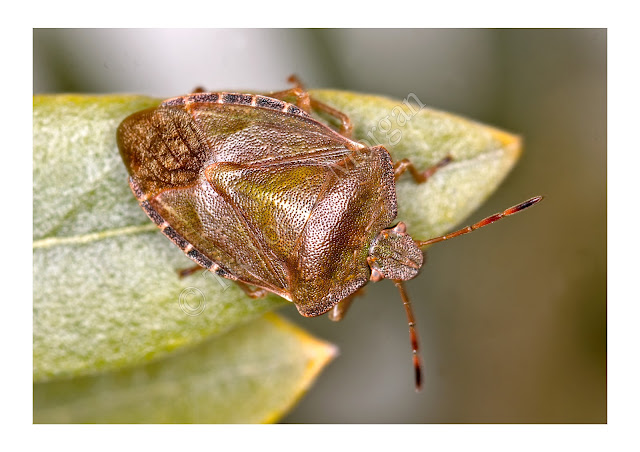 The Green Shield Bug also has another name..The Green Stink Bug...(ha ha!, the title now starts to make sense!!)...for one good reason - it produces a stinking liquid which it leaves as a trail behind it, every where it goes!!  Have you ever picked, and eaten, a bad  smelling and tasting wild Blackberry?  Well, you now know why it tasted so bad, 'Old Stinky' had probably been there before you!!

Over on the other side of the garden I found, basking in the sunshine on the leaves of a plant called Silver Dollar or Money Plant (lunaria annua), a large gathering of Seven Spot Ladybirds (coccinella 7-punctata).

One of our most common and easily recognised garden bugs appears in our gardens from March to November and measure about 6-8mm (1/4") in length. It's name, unsurprisingly, comes from the fact that it has 7 black spots on its orange/red wing cases. A gardeners friend due to its diet of aphids, which it stumbles across on its meandering travels over our garden plants. It's also used commercially as a controller of aphid infections. 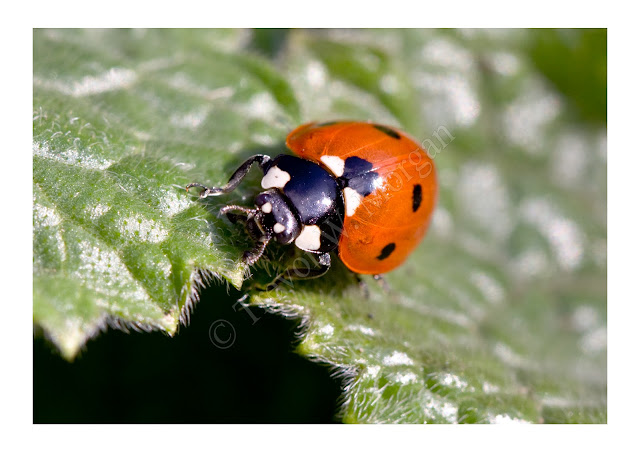 Its bright red colour acts as a deterrent to birds and wildlife (it also tastes bad and is slightly poisonous). and not unlike our old friend, 'Stinky' above, if attacked or threatened it will exude a drop of smelly, bad tasting, yellow liquid! 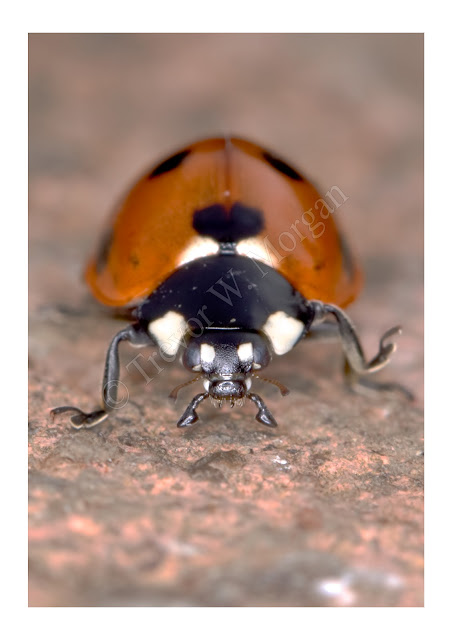 "I've had enough of this guy poking his lens up my nose....I'm off" 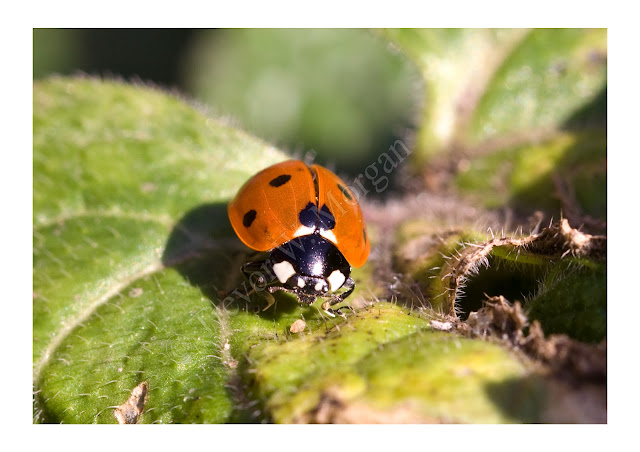 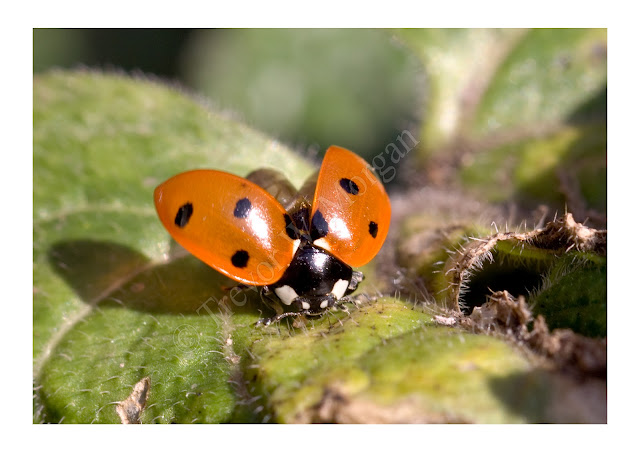 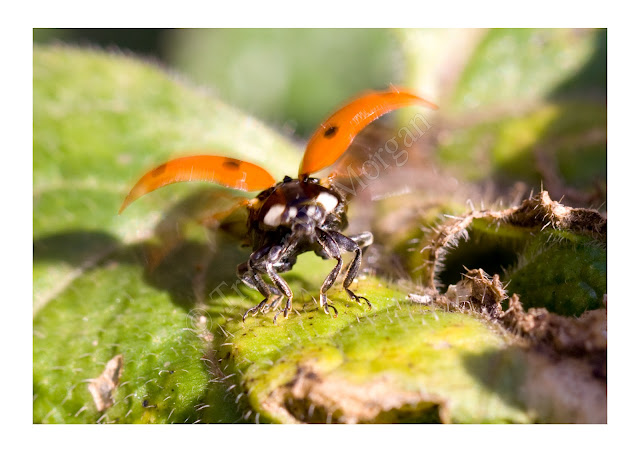 Whatever you find yourself doing this weekend...have a good one.