After  thinking that I may have missed out for another year in not being lucky enough to see a Clouded Yellow Butterfly today must have been my lucky day as I managed to see three in an area less than two miles from home...they must have been there waiting all the time?

Not the best photographs...but I think you'll agree they're beautiful butterflies and a pleasure to see.


Maybe I'll go back tomorrow and try for some better images!
Posted by The Herald at 8:18 pm 15 comments:


Yesterday morning as I sat looking out of the window whilst drinking my first cup of tea of the day I noticed some movement underneath a bushy shrub that grows in one of the borders and out popped a Robin, the first I've seen in the garden for a few weeks now, accompanied by a juvenile that's just moulting into its adult coat. While the youngster sat on a low perch and watched intently as the adult bird, all the while 'ticking' and bobbing up and down, moved around and visited various locations in the garden..a water bowl on the lawn, some of the feeders, the bird table, the ground feeder and even into the small tree/bush where all the small birds seem to flee to when something in the garden panics them. Thinking about this behaviour later it dawned on me that it looked as though the adult was giving the youngster a guided tour of where to find everything around the garden!

And I guess my thinking was somewhere near the mark because this morning at roughly the same time as yesterday the young Robin (no Adult?) appeared and followed almost the exact route around the garden as the adult had 'shown it' yesterday. 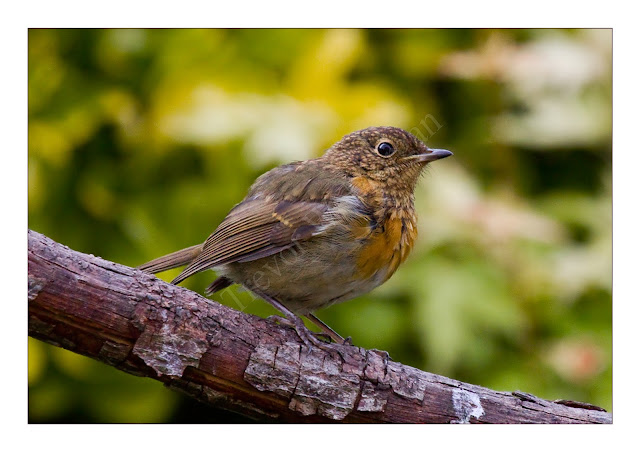 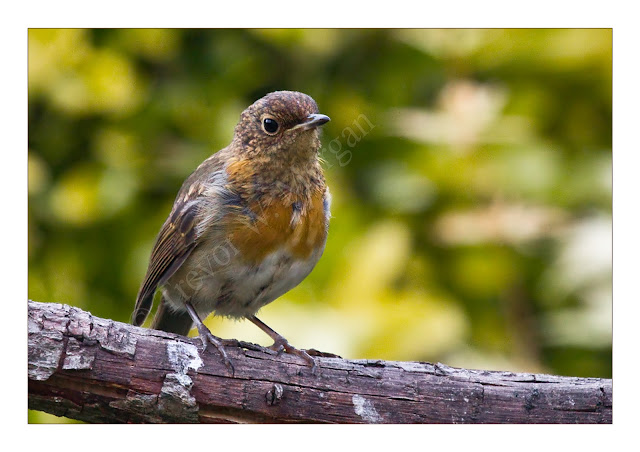 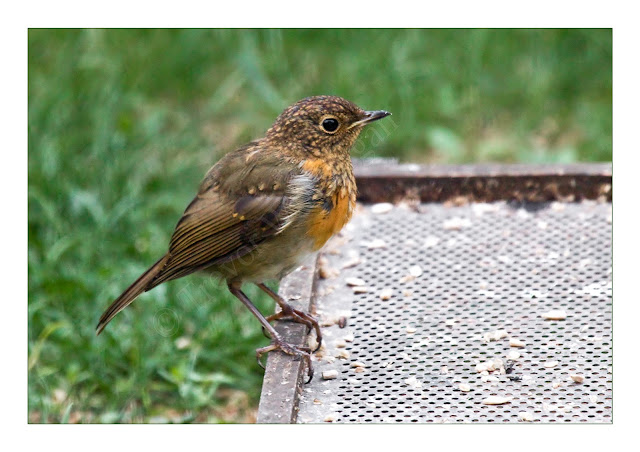 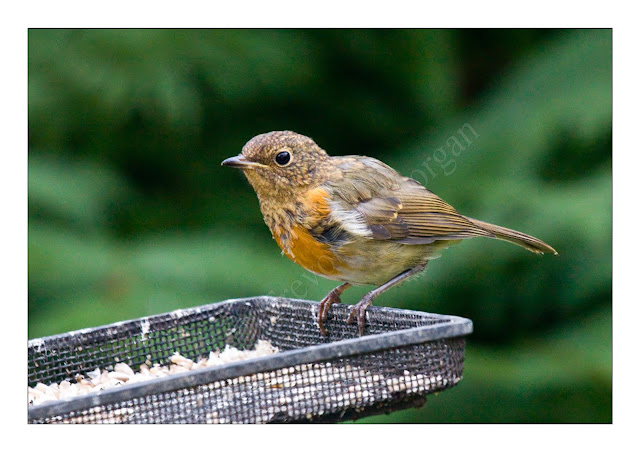 I guess it's a case of once shown never forgotten.

Just a small selection of  'up close' images... 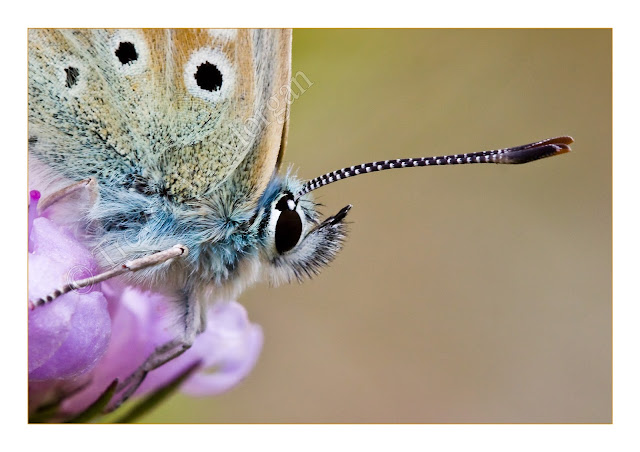 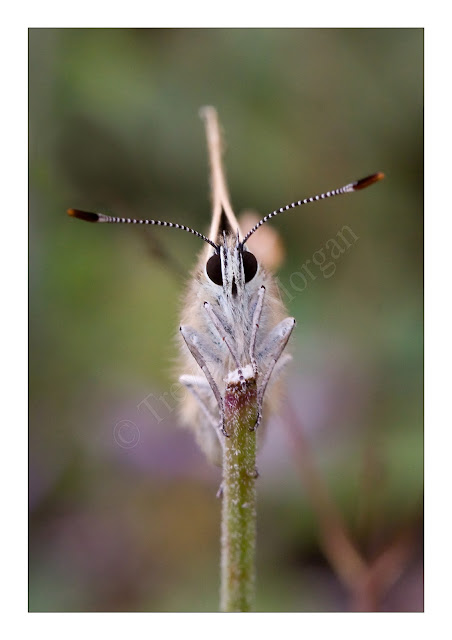 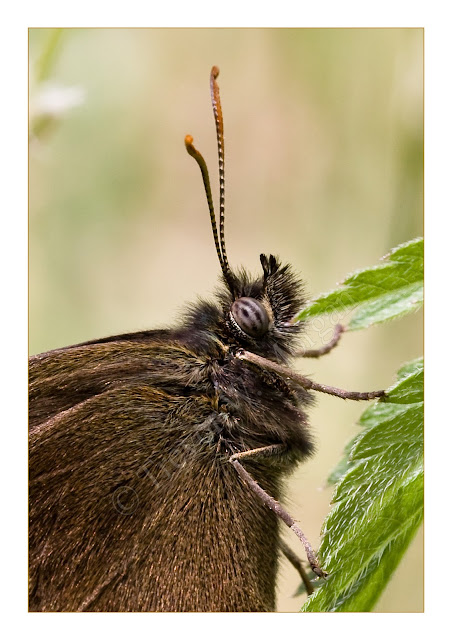 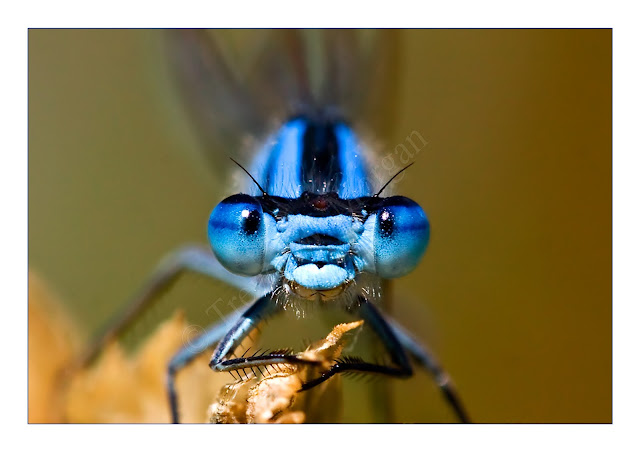 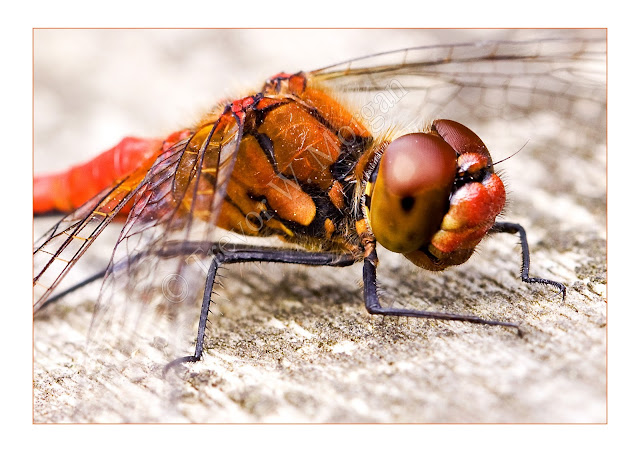 As with most species, male butterflies emerge first, usually in mid-July, and if the weather is suitable with opportunities for regular nectaring, will live for seven weeks. Quite often though, August is the only month one can be sure of seeing the Chalkhill Blue. It is confined to southern England particularly over the north and south downs, the Wiltshire downs, Chilterns, Cotswolds, Isle of Wight and Purbeck. It is very rare in south-west England and East Anglia. 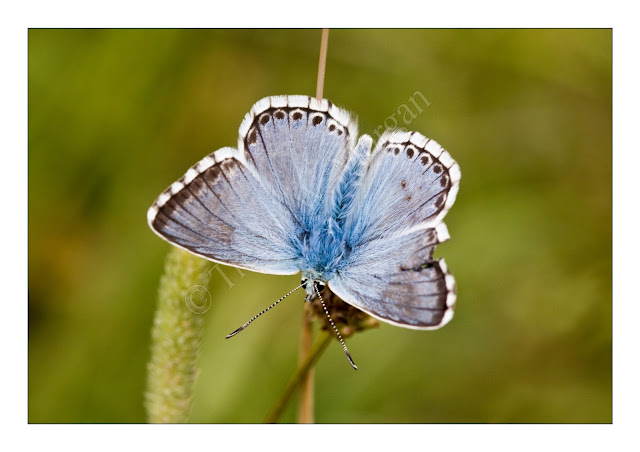 The males are very obvious in flight or when sitting resting on plants as their powder blue colour and large size make them quite unique. 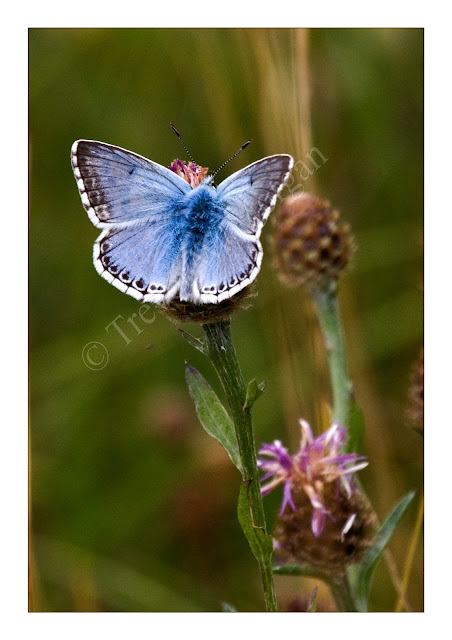 The male has a pale powder blue upper wing surface which may vary from a very pale silvery blue through to a greenish tinted blue according to locality, although it always has the outer wing margin of a blackish band with six or seven partly submerged black dots to each wing, completed by a narrow white outer margin. 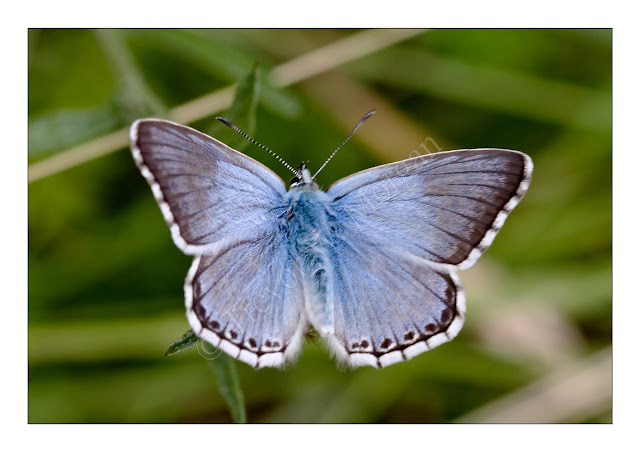 The female is dark brownish-black or soot colour, and her rows of black dots have very slightly orange-tinted surrounds, followed by a dingy white outer border. 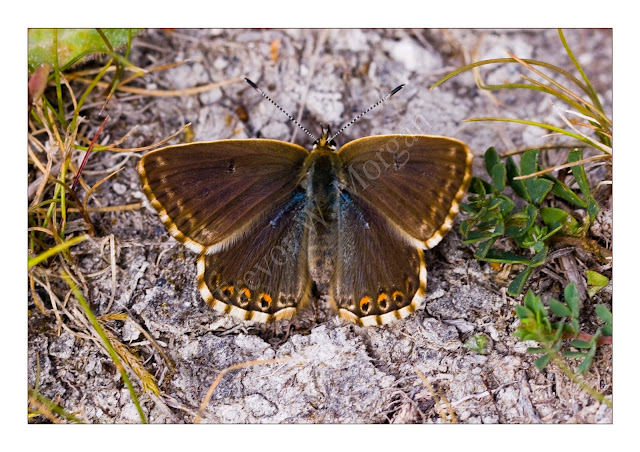 The under sides of both sexes are respectively greyish and in the female pale brownish. Both have 10 black, white-circled dots on the forewings, and 12 on the hind wings, then a border of black dots, faintly orange-circled in the female. 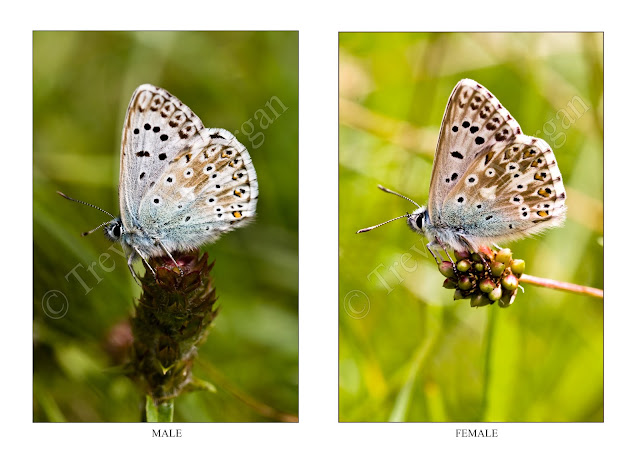 This year looks like being a good year for the Chalkhill Blue....a couple of weeks ago I visited a site where I know there's a good breeding colony and you can be assured of seeing them in reasonable numbers, but  I was greeted by the spectacular sight of large numbers taking nutrients from, of all things, cow pats! I counted at least 30 individuals on one cow pat alone,  and there were more on the surrounding cow pats! 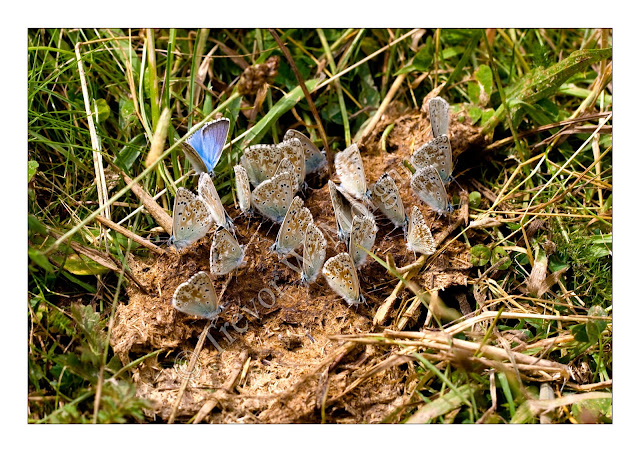 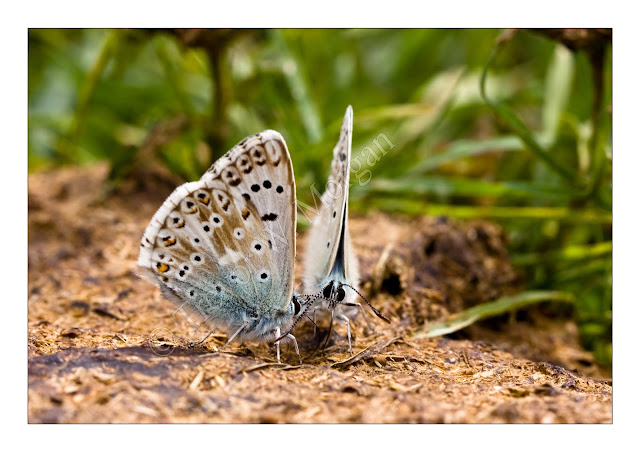 And then yesterday I visited a new site (for me) less than three miles from home where they were so numerous that it was difficult not to step on them!

Many were busy making sure that there's a great prospect of a good emergence for next year! 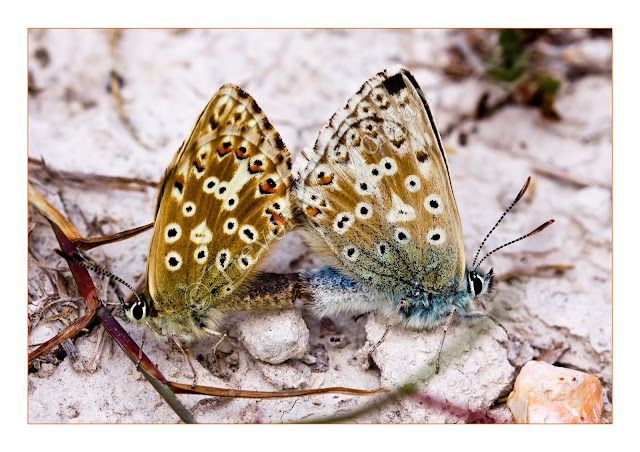