This is the Third and final instalment in a series of three posts with, not many words of wisdom,  just a selection of images that I hope you will enjoy. Each post dedicated to a different location that I've had the pleasure of visiting since the beginning of the month.
During the snowy weather that we encountered earlier in the month I took a trip to Stockgrove Country Park which is located near to Leighton Buzzard on the border between Buckinghamshire and Bedfordshire.
The birds are quite tame here, due to being regularly fed by members of the public, and will come down to feed only a matter of inches away from the watcher, so I knew that with the lying snow and frozen conditions the birds would be hungry and there was potential for some good photo opportunities with excellent 'up lighting' provided by the snow.
Unfortunately the promised sun failed to appear, however, I did manage to get a few reasonable shots....
Mr and Mrs Blackbird... 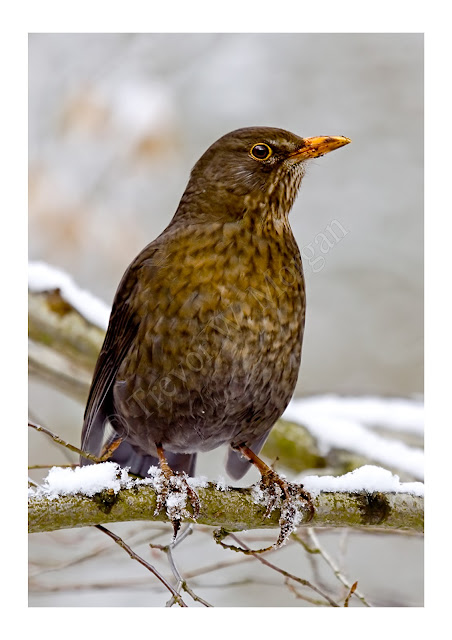 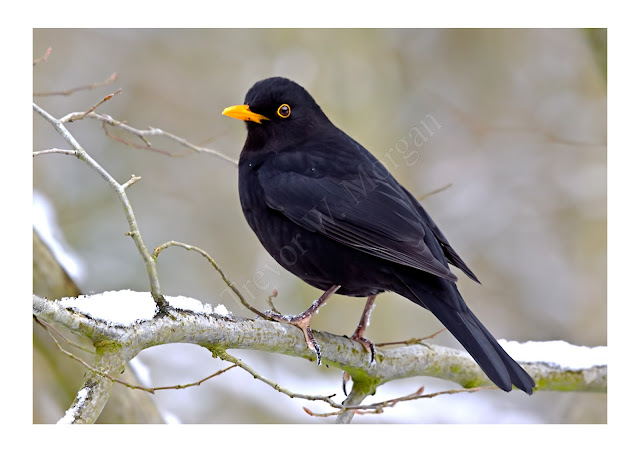 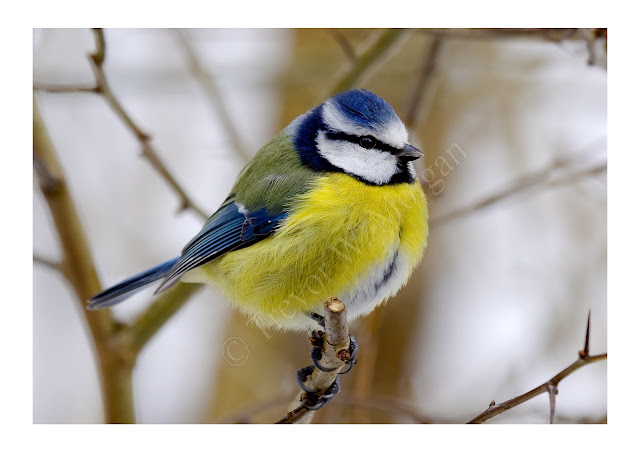 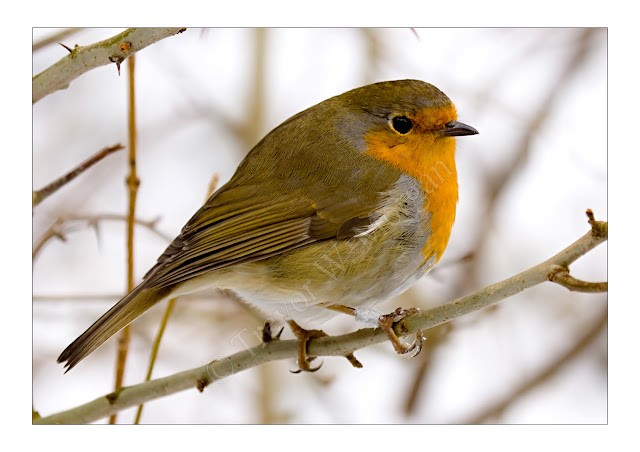 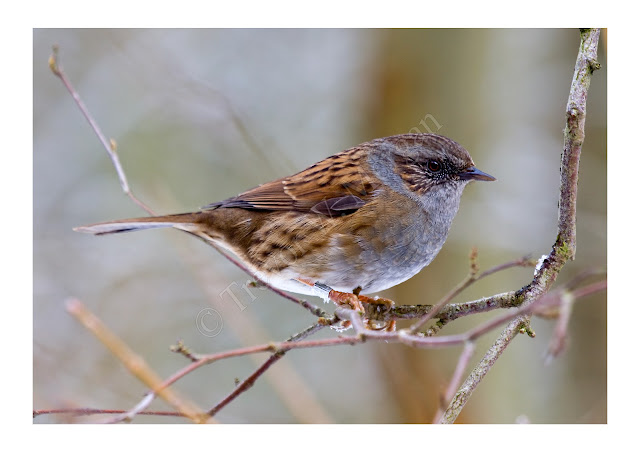 And an inquisitive Jay came down from his lofty perch for a closer inspection!... 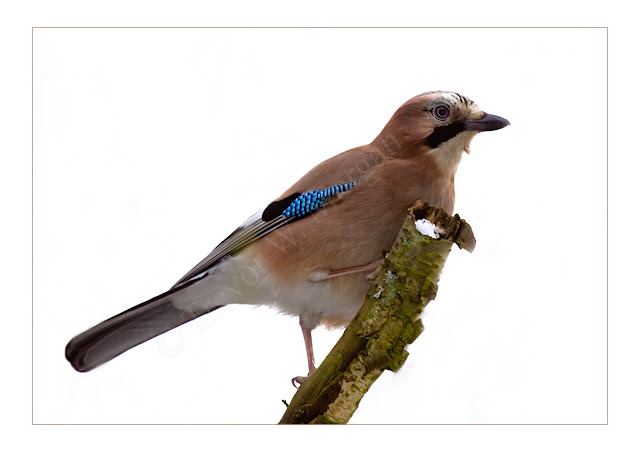 Now, I couldn't resist the opportunity to include some more images, again taken in the snowy weather and from another location, but this time taken from a bit closer to home...my back garden!

Unfortunately, due to me being a wimp and staying in the warm, these images were taken through my double glazed patio doors so are consequently a bit 'soft'... 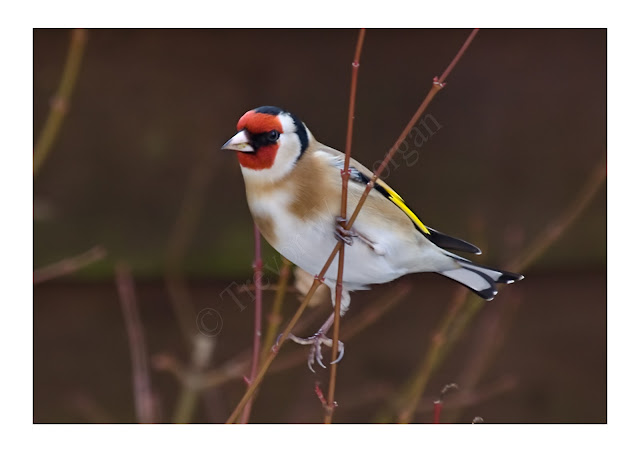 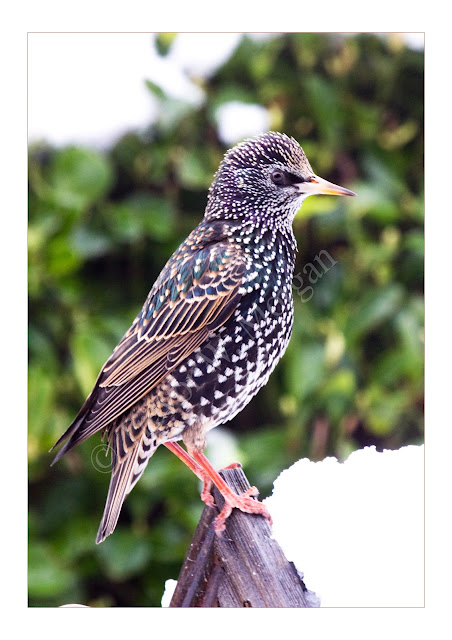 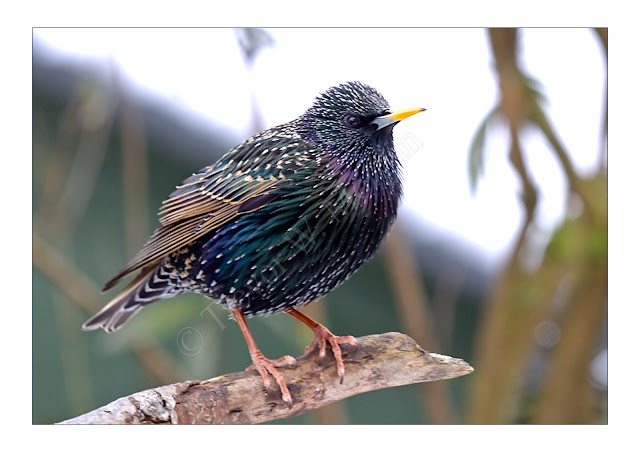 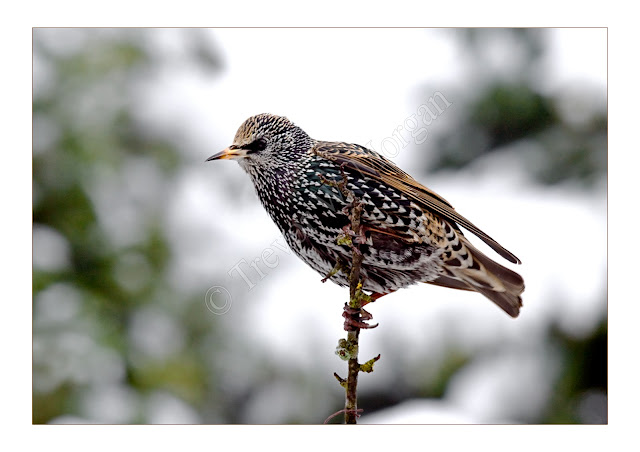 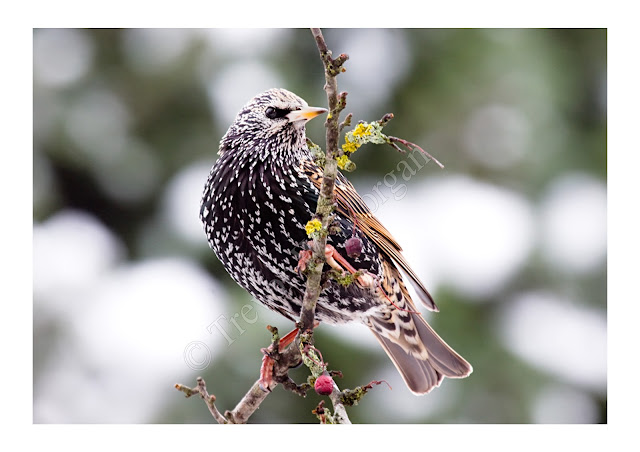 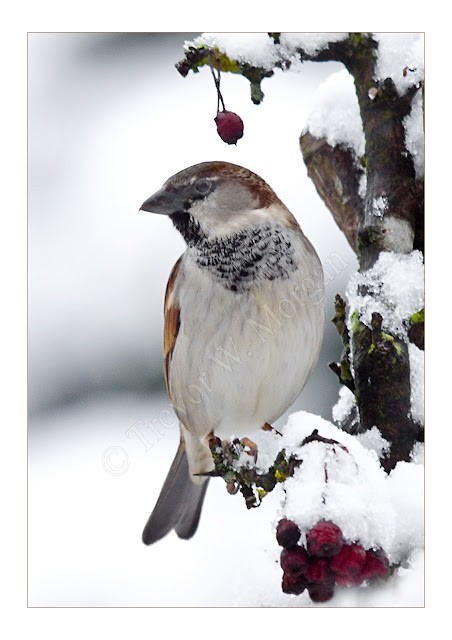 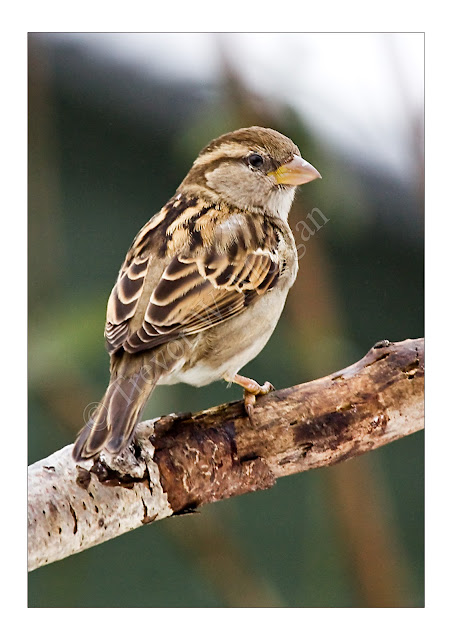 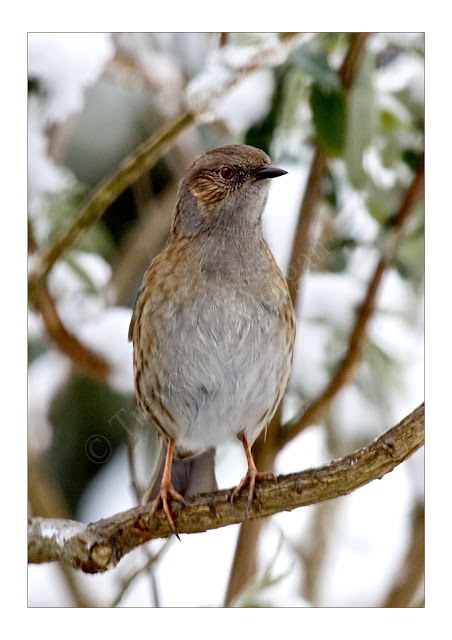 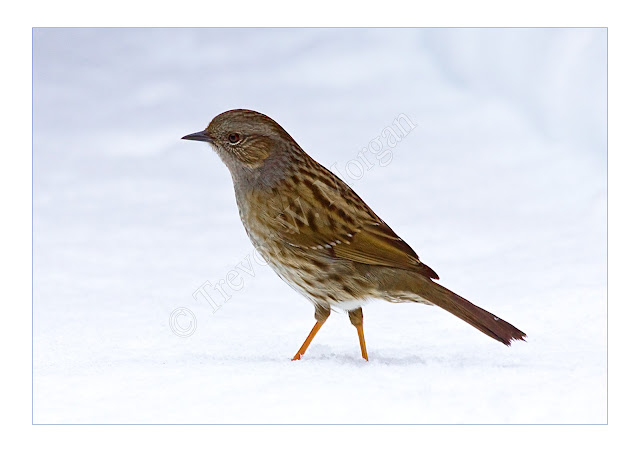 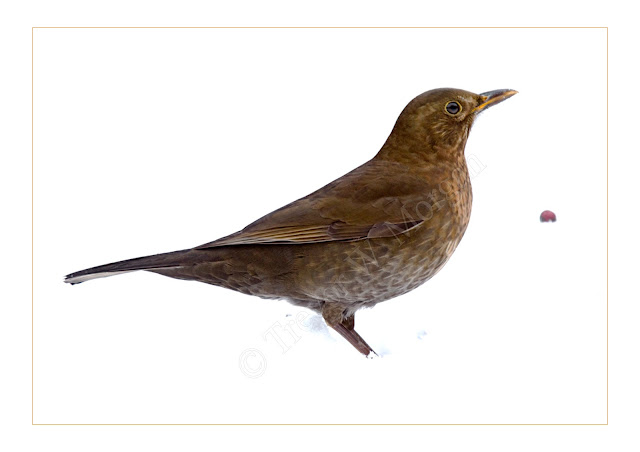 And last but not least is 'Woody' the Wood Pigeon... 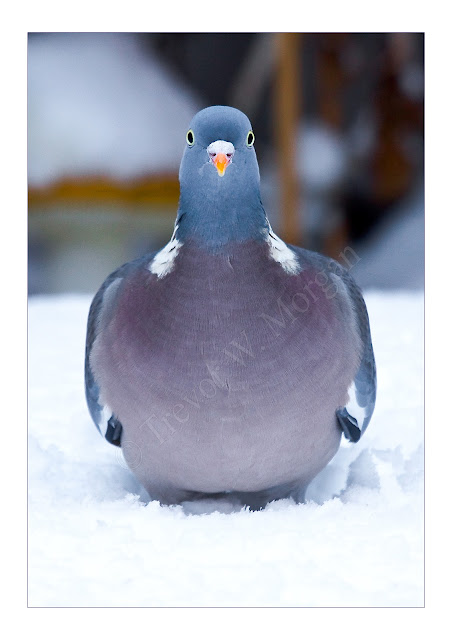 Carrying on from the previous post this is the second in a series of three posts (not many words of wisdom just a selection of images that I hope you will enjoy) each one dedicated to a different location that I've had the pleasure of visiting since the beginning of the month.

I have visited Caldecotte Lake in Milton Keynes Buckinghamshire on a few occasions since the beginning of the month and in varying weather conditions, ranging from snow lying on the ground with the lakes almost frozen over, to a cold overcast day with a blustery wind blowing, through to a sunny day with a bright blue sky.
But, no matter what the weather, the wildlife around the lakes never fails to throw up a good photo opportunity or two.

And the 'stars' that have taken up residence, sometimes in quite large numbers, over the last month.... 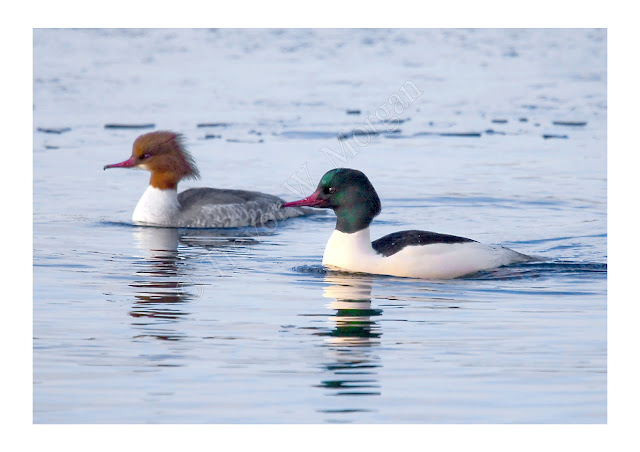 On the day when there was snow on the ground and everything was frozen solid I spotted a group of Long-Tailed Tits busily flitting through the branches of some recently felled trees and I noticed that this one was going from branch to branch drinking from the icicles that had formed on the ends.....unfortunately not a very good photograph as I was shooting into the light!! 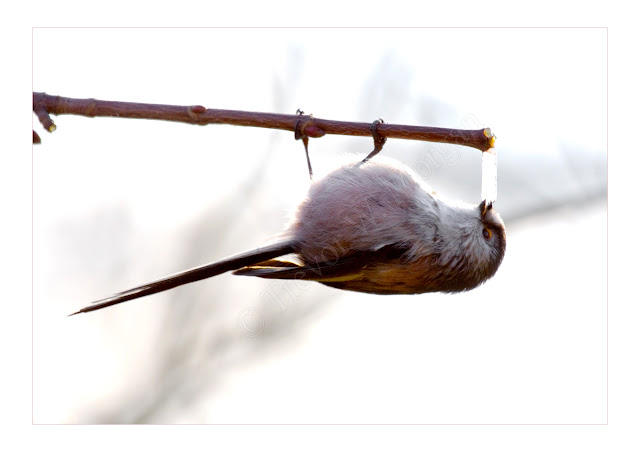 And if your quick enough there's always a chance of a flight shot...

For those of you who have yet to 'see the light!' pop over to Caldecotte Lake where you can accompany Keith as he gives you a daily tour around the lake with the help of his excellent photos and videos.


I'm back!!...well I've never been away really. I've just not posted for a while due to various reasons, lack of time, lack of inspiration or, more to the point, I guess it's just been down to shear laziness on my part!!  Although you'll be pleased to know that I haven't forgotten you all and I've been keeping up to date with reading all of your blogs. (sorry for the lack of comments!!).

This is the first in a series of three posts (not many words of wisdom just a selection of images that I hope you will enjoy) each one dedicated to a different location that I've had the pleasure of visiting since the beginning of the month.


The first day of February dawned cold and frosty and at around 5.30 am I arrived at Keith's house on the start of our 200+ mile round trip to the RSPB's reserve at Titchwell Marsh in Norfolk. We arrived just after 8am, after experiencing a beautiful red sunrise during the journey, to a cold sunny blue sky morning. It looked like being a good day weather wise, little did we know that out on the reserve a strong bitterly (and I mean BITTERLY !!) cold Easterly wind was blowing directly from Siberia!!

After a cup of coffee and some sandwiches (thanks Keith) in the car park and a photo session with the numerous Robins that soon appeared to greet us, they're well fed I think and hence quite confiding, we set of on our walk around the reserve. 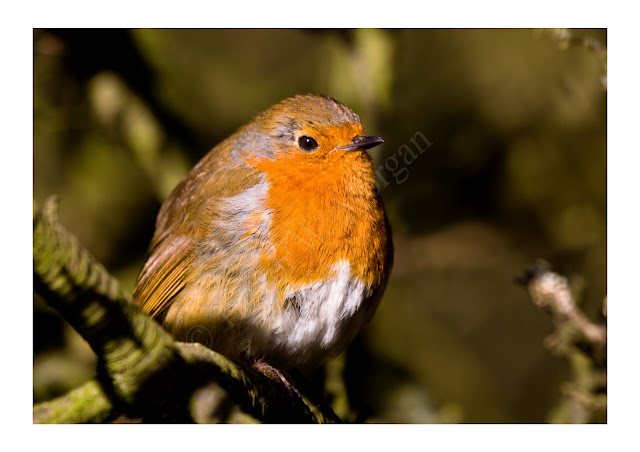 Around by the back of the back of the visitor centre Keith soon spied a group of Redpoll feeding high up in some Alder trees and it was not long before he had spotted that they were not only  Lesser Redpolls but also Common, or Mealy, Redpolls, and then he exclaims "there!, look!, that one's much lighter than the others, I reckon that's an Arctic Redpoll" And sure enough once the visitor centre was open it was confirmed by the staff and the sightings book that it was indeed a Coues's Arctic Redpoll! So it looked like we were off to good start, and within minutes of leaving the car! 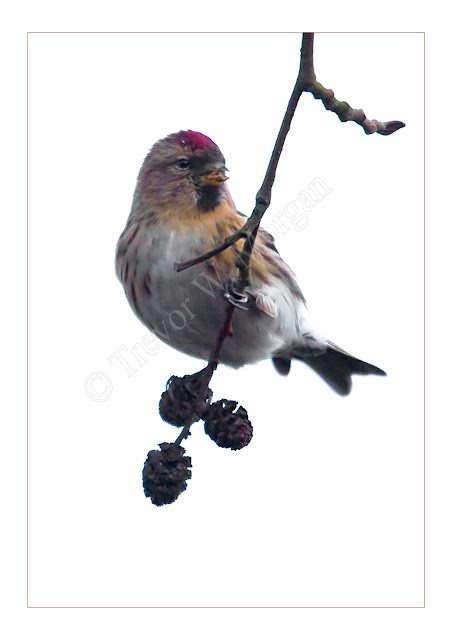 As soon as we left the cover of the trees we felt the full force of the cold wind which made it very difficult to hold our bino's and cameras steady and as most birds were at a distance picture taking opportunities were mostly curtailed to 'fly byes'.


We had pre booked a guided walk (highly recommended, and free to RSPB members) for 12.30pm so, after more coffee and sandwiches, we met up with our guide, David Pelling, for a very enjoyable and informative  tour were he explained all about the history and objectives of the reserve as well as pointing out some of the birds that we had missed previously!

So, after around 8 hours of excellent birding (apart from the wind, that is!) and a count of 63 different species of bird it was time to set off on the two and a half hour journey for home.

A short video  mainly of the wind!!!