The Small, Essex and Large Skippers are the three most common of our outwardly similar five, so called, Golden Skippers (the other two being the much rarer and localised Lulworth and Silver-spotted Skippers) each however has its own distinguishing characteristics.
The Small Skipper - thymelicus sylvestris - (despite its name, is not the smallest of our Golden Skippers , this accolade goes to the Lulworth Skipper) is a widespread and common butterfly to most of England and Wales favouring rough grassland and woodland glades. It is best distinguished from the other Skippers  by its unmarked golden wings and the colour of the tips of the antennae which are orange or dull brown on the ends. In flight between late May to early August it shows great speed and manoeuvrability. 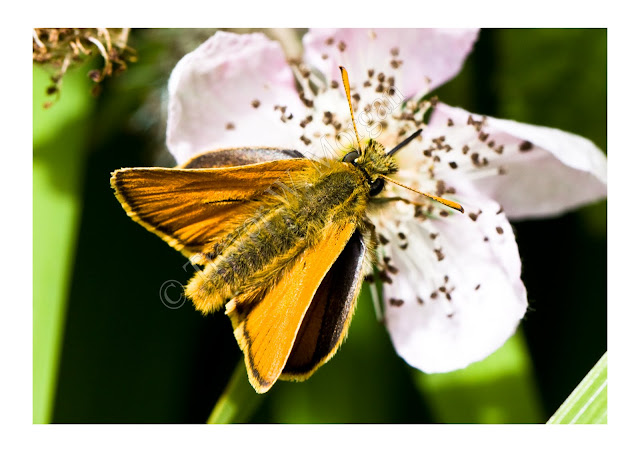 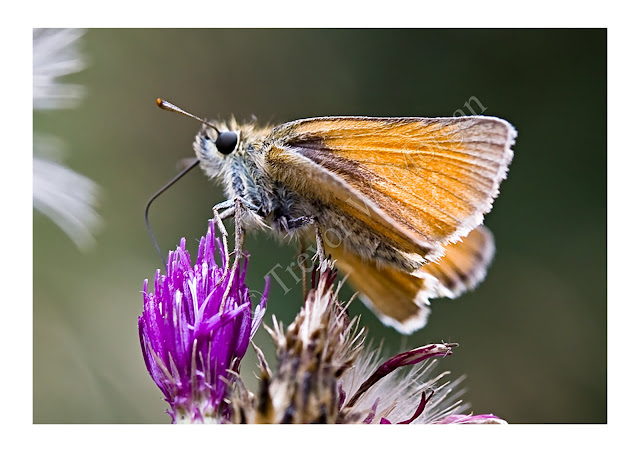 The Essex Skipper - thymelicus lineola is widespread in the South Eastern part of England and is almost identical to the Small Skipper apart from the distinctive shiny black tips to the antennae and the slightly more pointed wings. Like the Small Skipper the male is much more active than the female. Its flight is also similar to the Small Skipper in speed and manoeuvrability but tends to be more ground hugging. It prefers tall, dry grassland, woodland rides and roadside verges, especially in sunny situations. Flight period is from late May to late August. 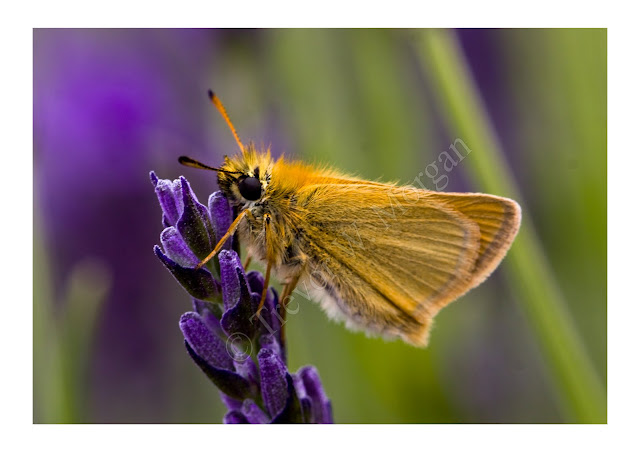 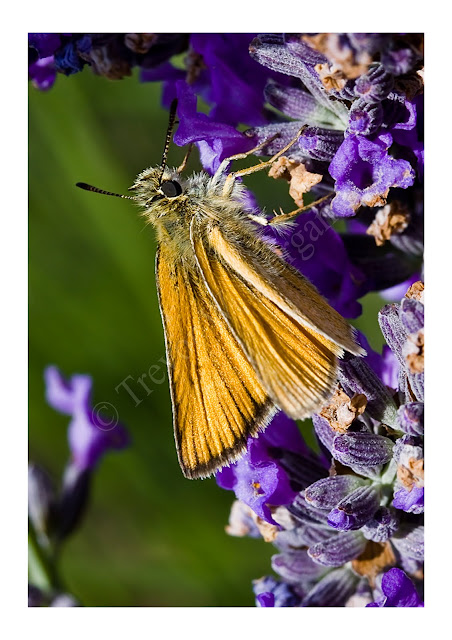 The Large Skipper - ochlodes sylvanus is common throughout  England and Wales and just over the border into Southern Scotland. It prefers rough, tall uncut grassland where on sunny mornings it can be seen patrolling in search of females and later in the day perched with its wings in the characteristic skipper 'V' shaped pose. It can be distinguished from the slightly smaller Essex and Small Skippers by the faint chequered pattern on both sides of its wings and the 'hooked' tips to its antennae. It can be seen in flight from  June to August. 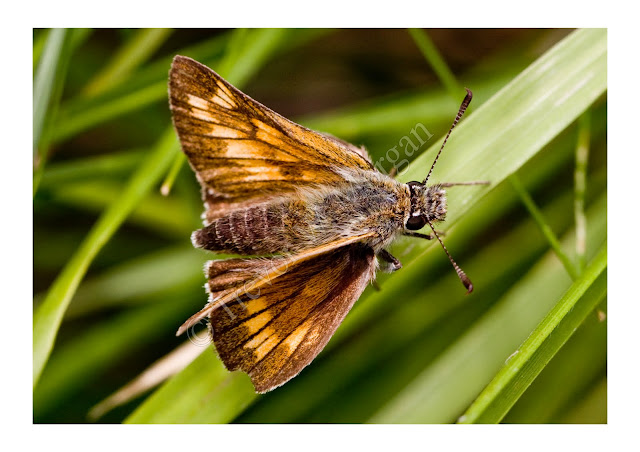 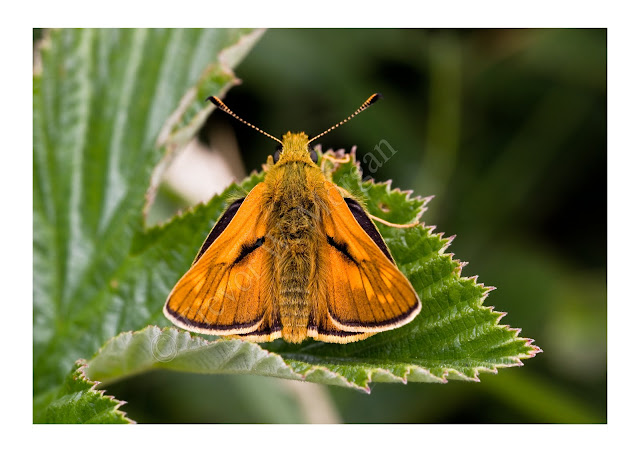 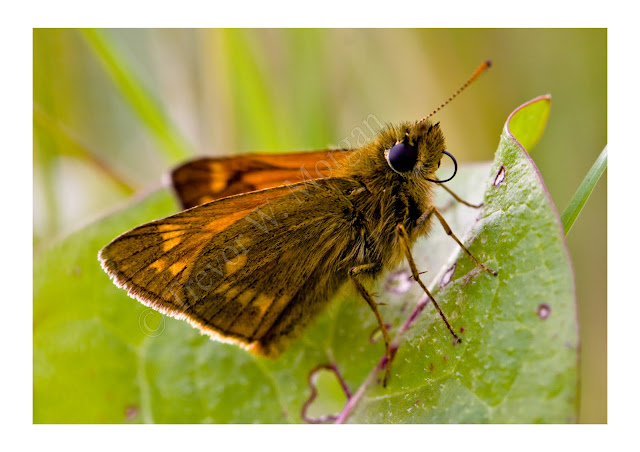 The Chalkhill Blue is confined to southern England particularly over the north and south downs, the Wiltshire downs, Chilterns, Cotswolds, Isle of Wight and Purbeck. It is very rare in south-west England and East Anglia. Nowadays, due to the agricultural destruction of flatter areas of ancient chalk turf, this insect is usually found only on steeper slopes and gullies, ancient earthworks, army ranges and clifftops, provided that the food plant is present, however small the quantity. One colony of 20 butterflies on the Sussex downs has been dependant on a single 3 square metre patch of Horseshoe Vetch . Vegetation height should be ideally about 4 cms but up to 10 cms can be tolerated. A southerly aspect is favoured, and often a sheltered glade surrounded at a distance by tall trees. Grazing by rabbits, deer, cattle or sheep is preferred but areas cut by machine may be tolerated if cutting is carried out in the winter.    ( © BirdGuides)
All images are of males and were taken during July  in the areas around Gallows Hill and Incombe Hole in Buckinghamshire. 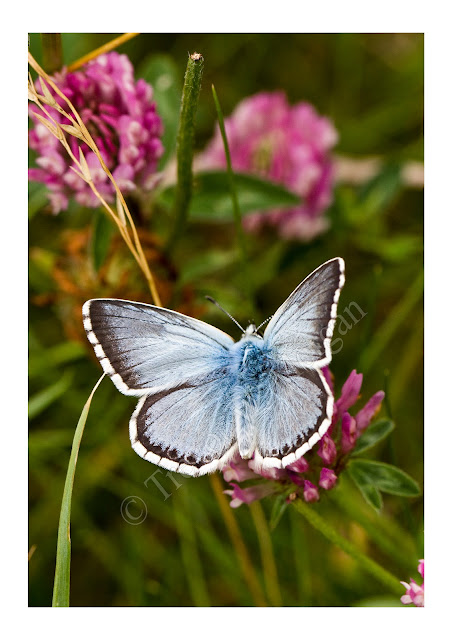 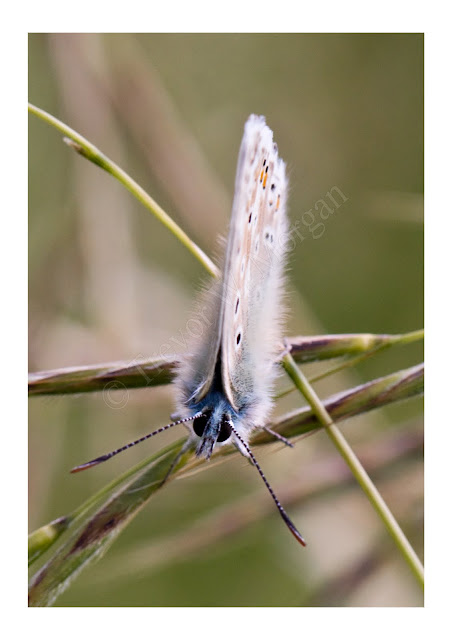 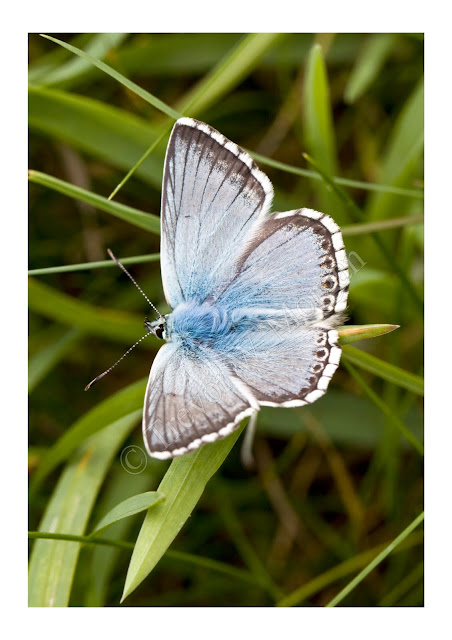 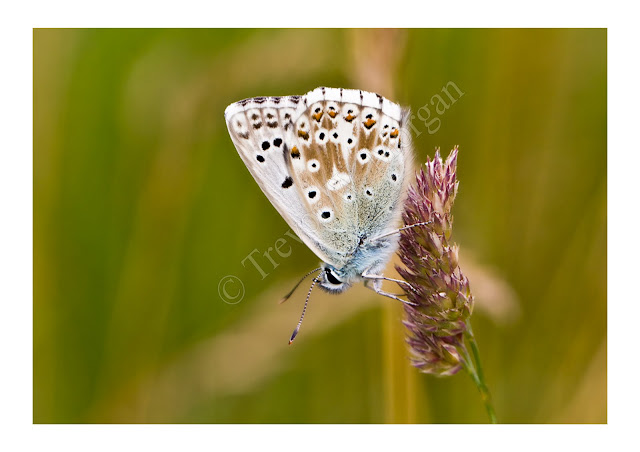 I've found some mystery red spots.........no, no, it's not what you're thinking..... I'll start again!
I've noticed  that a few of the butterflies that I've photographed recently have some prominent  red spots/ swellings on their bodies. I've not seen anything like this in previous years, and after doing some research I'm still no nearer solving the mystery as to what they might be.
Over to you!
Common Blue male taken near Weymouth Dorset on 30th June 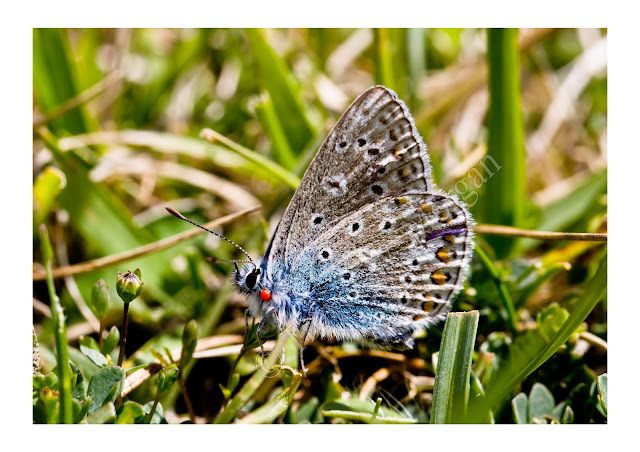 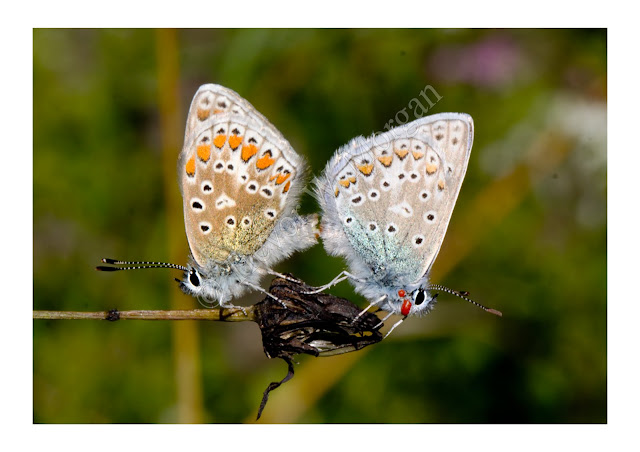 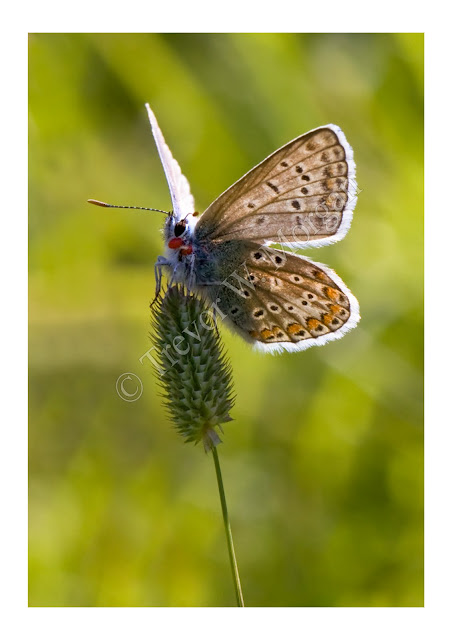 Marbled White taken on 24th July at the base of Ivinghoe Beacon in Buckinghamshire. (not a good photograph but it does show the offending spots!) 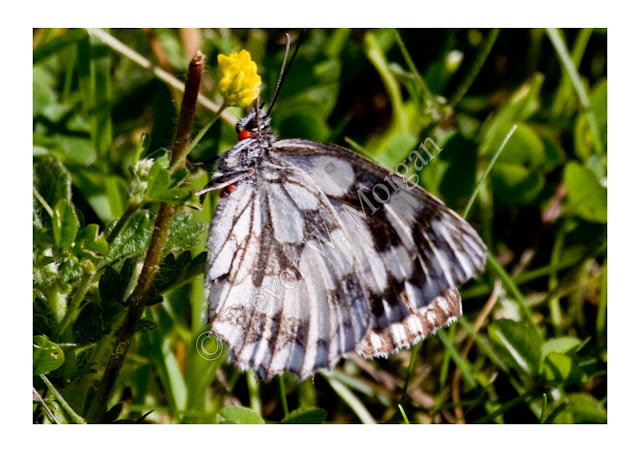